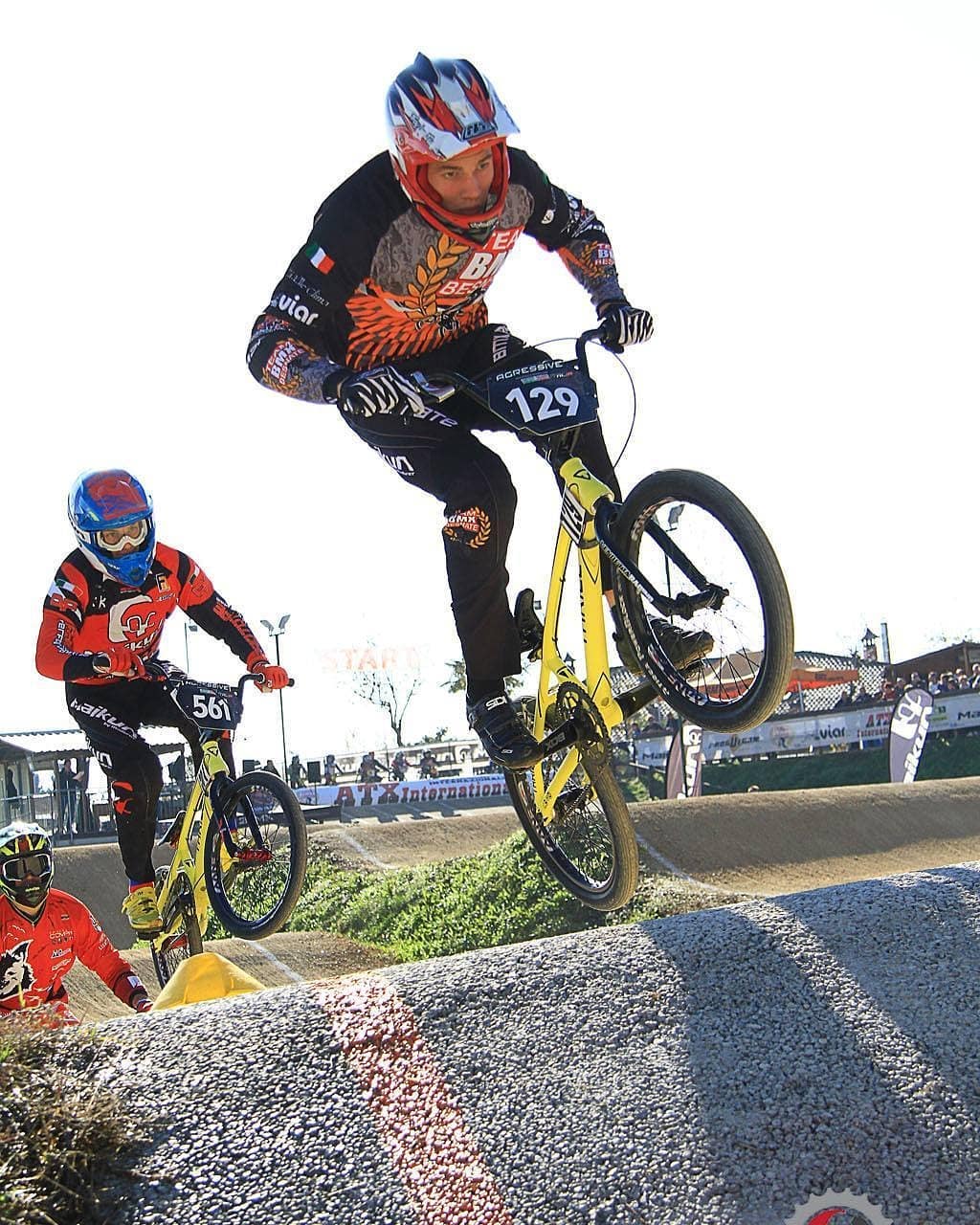 The BMX Race is a motocross discipline born in California at the end of the 60’s and since 2008 is one of the cycling specialties scheduled for theOlympic Games. The competition starts from a starting gate and then develops on 4 lines with jumps and parabolic for the fastest drivers the race ends in less than a minute.

The track consists of a downhill start to encourage acceleration and then face the next four lines. The corners are parabolic paved to allow the athletes to maintain their speed and have a good grip, unlike the straight sections with the ’hump' and the jumps where the bottom is clay.

In the second line the layout divides into a simplerline called ’Challenge line' and a more difficult one called ’Proline', the latter as the word itself says is dedicated to the most experienced riders, as the jumps are bigger.

The track was built specifically to host international competitions. 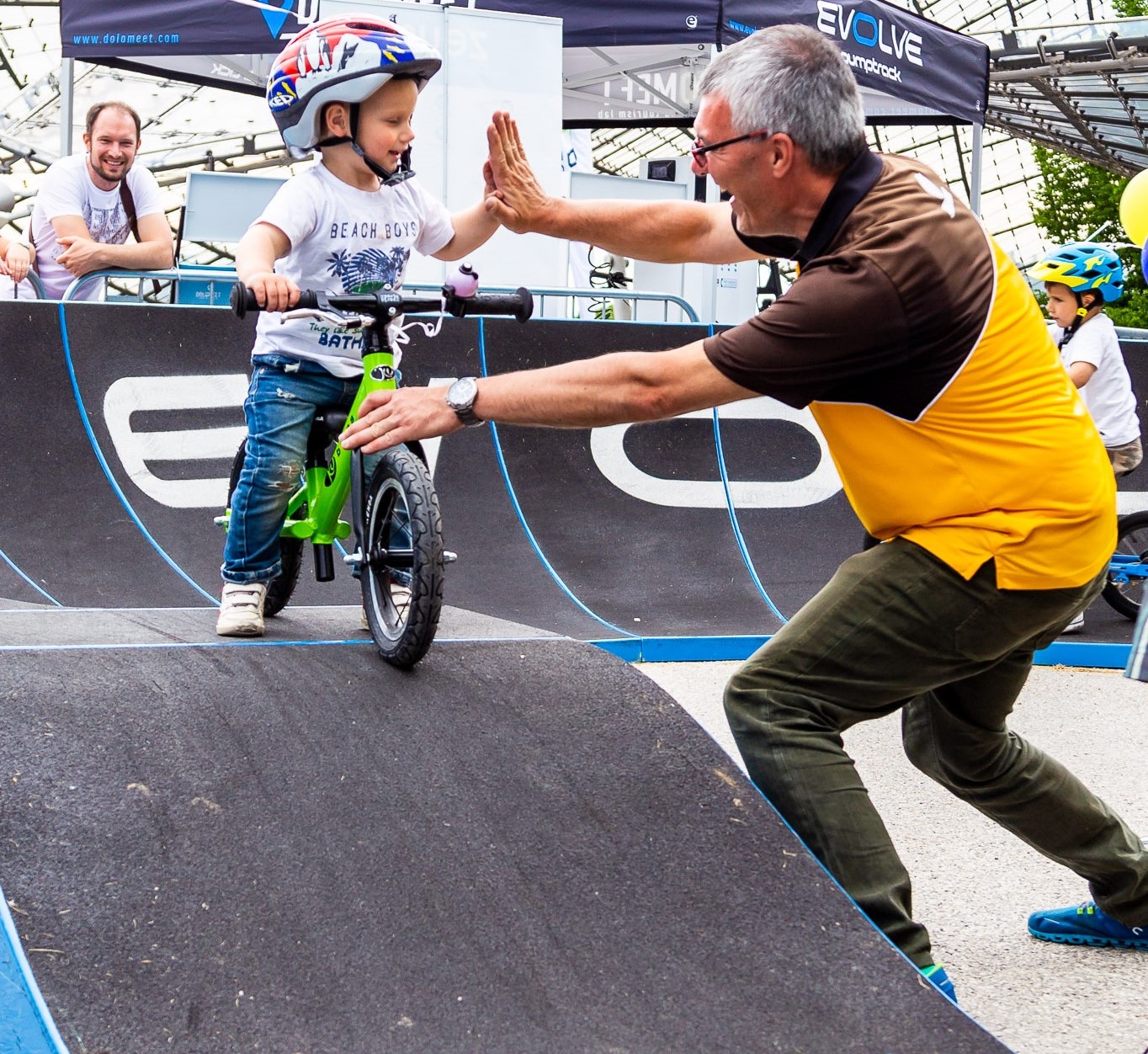 The Pump Track is used by all,experts and neophytes, is ideal ideal to begin to familiarize with the bike and in the same way represents an excellent training to develop strength and breath in experienced athletes.

Here it is also possible to use skateboards, kick scooters and rollers. 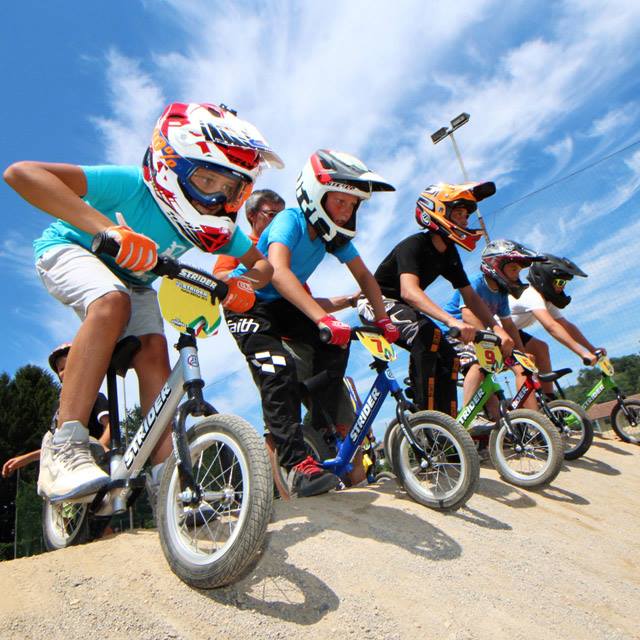 WHY BMX OR PUMP TRACK?

Many champions make use of pump track and bmx as a training tool, as shown by the fact that the Italian Cycling Federation has developed a real strategy to teach children multi-disciplinarity.

For families a bmx center is a safe place where kids can train away from road traffic.